Photographer : Selva Kumar
“There is so much innocence in the eyes of people here (Chennai), However, things do come to Chennai 20 years later, but nevertheless there is growth and evolution.”

The area I lived in was a slum near Valluvar Kottam where I grew up. I used to go to Padma Seshadri School from a rented house in this area. The warmth and love I received from these people is touching. I always hold them dear to me. Despite rapid advancement in the area, some of the people there are just the same and I love this about them.


AR talking about Jai Ho tour in singapore....At the end of this conversation ARR talking about future tamil projects....Rana and Mani's next pic Ponniyin Selvan...


here are some photos.. also watch sneak peak video which was posted earlier in Facebook by Singapore A R Rahman Fans 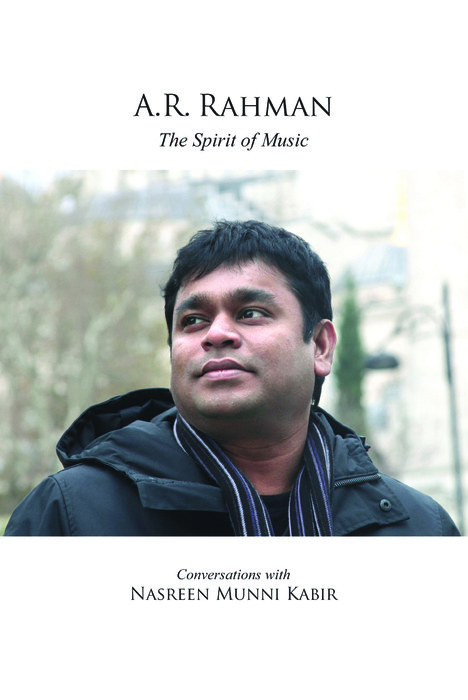 The book launched on April 6. finally AR Rahman's original 'connection' (cd cover) album will be available with this biography..

A.R. Rahman's biography 'A.R. Rahman: The Spirit of Music' penned by renowned writer Nasreen Munni Kabir is launching this April by none other other than ace film maker Maniratnam..And this time its official


'It is indeed a rare honour to publish this book. A.R. Rahman's journey, like that of most great artists, is one that moves and inspires. Nasreen Munni Kabir has recorded this journey, over the last three years. This book also has a CD with A.R. Rahman's compositions for free distribution with the first edition,' Says Ajay Mago of Om Books International.

"Just finished the book launch. it was a beautiful new experience and I must thank Nasreen Munni for patiently putting it together.Sometimes she had to wait hours before i would get into the conversation zone due to my musical commitments but she never made me feel intimidated during the whole process..She also never made me feel guilty to have made her wait..:)" - says, AR Rahman

A real treat for all Rahmaniacs out here :)
you can listen connections mp3 songs here

In the proceess of launching the book, something historic happened..

For the past two years, I wanted to give a token of appreciation to all the people involved in the making of my music for twenty blessed years ! It never happened due to my constant travel and the rollercoaster ride of my life last year so I quickly got out the mementos that I'd gotten made and thought of simplifying the process.

The idea was to honour the directors who came up with the concept of songs and mentoring the entire music making process with me and the lyricists who wrote those lyrics that changed peoples lives (in good ways :)) and also the musicians, singers and sound engineers.

The complication was that all these artists belonged to different states of India like Tamil Nadu, Andhra Pradesh, Kerala, Maharashtra etc and Countries like England, The Czech Republic, China, Taiwan, Malaysia, America, Canada etc

So I decided to do it in phases and the first honours took place in Mumbai with some legendary directors like Mani Ratnam, Subhash Ghai, Govind Nihlani, Ram Gopal Varma, Ashutosh Gowariker and the younger lot like Imtiaz Ali, Bharatbala & Anthony. The others got stuck with their pre-commitments and I will catch up with them shortly.

Have a look at this picture from the felicitation...all of us loved each other at this moment and nothing could have stopped it:)


Blaaze tweeted "stage dive into the crowd..Blind Faith - thats what i call it! to just leap off and pray they catch u..Amen! Concert with the amazing Steven Devassy & Band, Vijay Prakash & Suvi. Look out for more uploads.. Thank you for catching me Calicut! made my dreams come true :)"

What a Musical Evening!! Absolute Delight to See ARR in the Stage. Smiling like an Innocent Child, and his attire was just awesome!! Felt so happy seeing him perform " Mannipaya" , while the female singer was Harinii!! Wonderful. concert was in Nehru Stadium in celebration of Golden Jubilee Cine Musician Union.

Food Distribution today at 11 30 Hrs. All Are welcome.